So the reason why I knew about this drama is because it is based on a manga I have kinda read. I haven't had time to finish it. It's the third part of Daemul.
Anyway...another reason is because of Yunho/U-know :D I think he has become a better actor, so it will be very interesting to follow his progress.
Also since the drama is starring Kwon Sang Woo and Soo Ae, it has been a hot topic.... 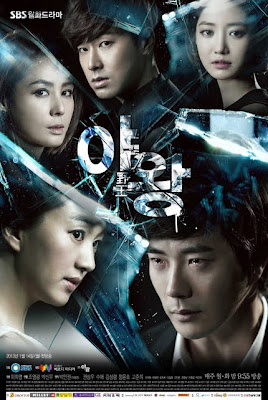 
Plot
It tells of a greedy woman who wishes to shake off her poverty and become First Lady, and a man who can do anything for her. The two venture forth into lethal love, betrayal, unstoppable greed, conspiracy and salvation

The world and me

This blog contains a mix of writing from all over the world!
Mostly about shopping, skincare, make up, food, music, travels and daily life.

I was born in S.Korea but grew up in Sweden. For the past 8 years I have mostly been travelling around Asia, I have also lived in Canada for six months and S.Korea for one year.

I love Tokyo, Seoul and Osaka (yes there's a difference between T and O) fashion! and always save money for my next shopping spree!

Not always grammatically correct but you'll most likely get the point.

Writing is in Swedish, English, Korean and/or Japanese..

Popular entries in this blog

This is who I am

C-Line
I love to travel, during the last couple of years I have mostly been to Asia - HK, Japan, Korea, Taiwan, Singapore.. I love Jpop and Kpop, follow many drama, variety shows and watch many movies.